I found myself puzzling over a strongly marked orangey-brown moth. Research led me to think it was a well marked Chestnut, my first for the year. Also in the trap was my second ever beaded chestnut. It's state of wear makes me speculate that it's actually the same moth! 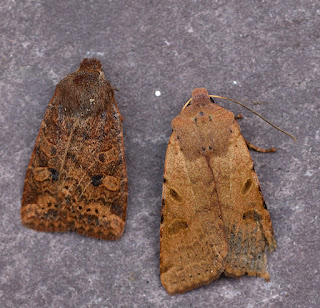 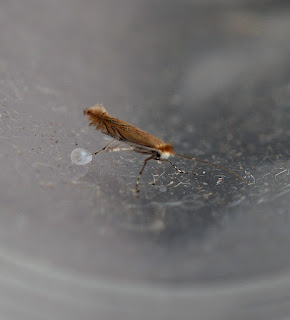 Despite being very skittish and generally badly behaved I think this is Phyllonorycter messianella. Any thoughts?