I decided to experiment last night by pinning up an old white bedsheet behind the trap. The results, though not conclusive suggest this was successful, my numbers going from mid-sixties to 114. I will continue to monitor this innovation. 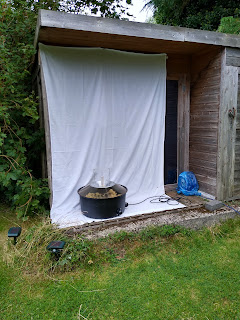 Aongst the serried ranks of Large and Lesser Yellow Underwings, assorted pugs and Light Brown Apples were some interesting things, including a Dark Bush Cricket with a lovely yellow underside. I also found a small Tortrix which looked a bit like a miniature Chequered Fruit Tortrix, but without the dark shoulders. 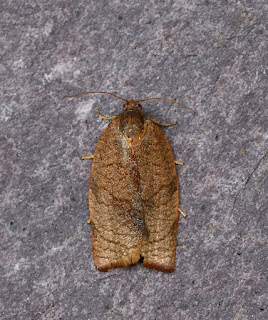 After looking at a lot of pictures and scratching my head, I decided to take a photograph, when I noticed it had bright orange hindwings. I have tried to capture this in the following abysmal shot. 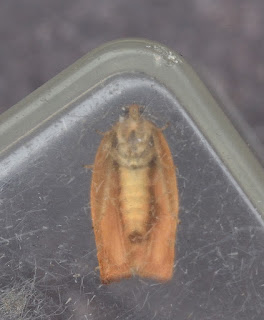 It's a carnation Tortrix, a first for the garden.

Also new for the garden was a handsome pinkish noctuid. It reminded me a bit of a plain golden Y without the metallic elements. I knew I hadn't had it before, but a look at the book indicated a Rosy Rustic, not rare, but nice. 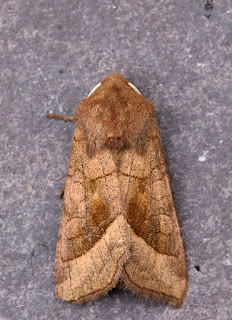