The return from my two actinic traps last night was a modest one, but not without interest.  Notable records were August Thorn, Brindled Green, and Brown-spot Pinion: 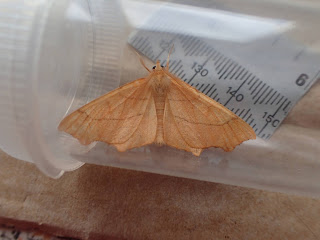 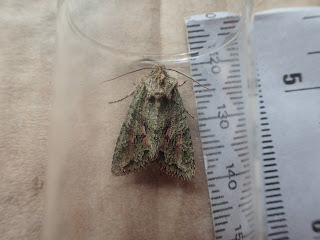 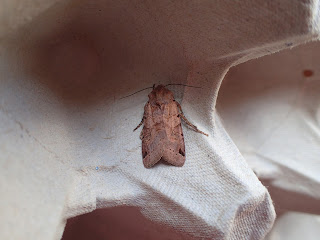 Black Rustic was another FFY, I'm sure that there will be more of them to come.  There was a Dark Sword-grass on the wall near one trap last night, and one in the trap this morning, it may have been the same moth.  I will assume so.  Seven Silver Ys were recorded, hardly surprising since there were several in the garden yesterday on the Red Valerian and Buddleia, along with countless Small Tortoiseshell butterflies.  I've never seen so many!