I still can't believe it...

Extending beyond the edge of an egg box I could see the patterned underside of a large, cold-grey and black wing. I've read so much about this moth lately that I already knew what it was, but I didn't quite believe it. Carefully turning the box over I saw a densely patterned grey triangle and just visible between the large wings were patches of light blue. Clifden Non-pareil was undreamed of and unexpected, but it was in front of me now. 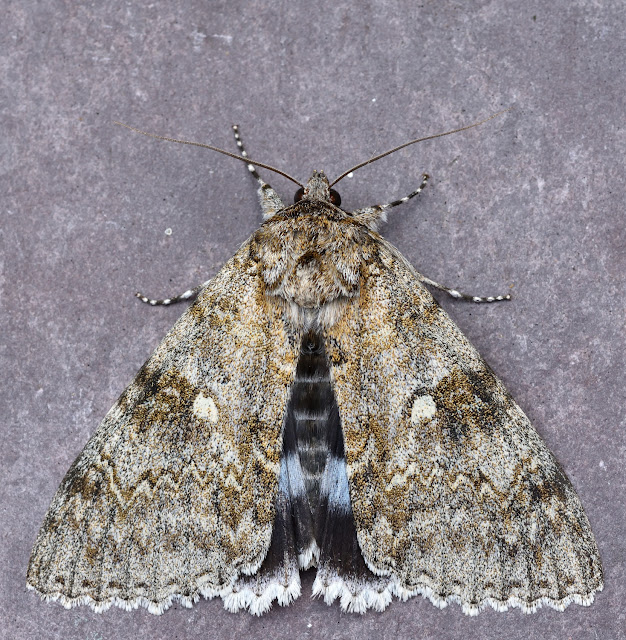 I was trembling with excitement as I boxed it and placed it in the fridge. 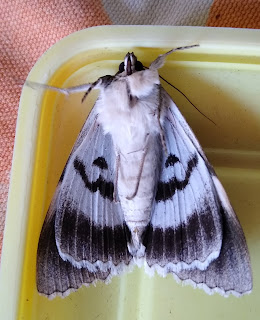 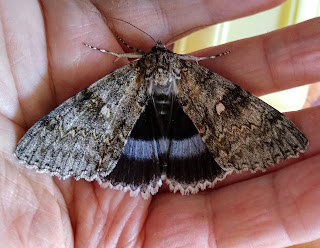 Not only that but nature doubly smiled on me with my first Toadflax Pug - I would have been satisfied with this lovely little moth. 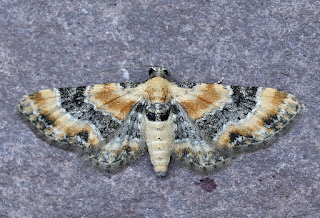 It's more colourful and contrasting than Foxglove Pug and the dark line doesn't have a pronounced kink on its outside, near the leading edge of the wing.