`Old blue wings` (you know what I mean!) did n`t turn up again last night and there was nothing of note migrant-wise (though the silver y numbers had increased slightly). I was, however, a little surprised to see a moth that is markedly associated with sandy shores make an appearance, as my current garden is, to my mind, inland, suburban and abuts woodland. `As the moth flies`, it is 3/4 ml inland, whereas my previous Pwll garden was much less than 1/4 ml inland, so a couple of records of the same moth at that latter garden was not unexpected and, anyway, I`d also caught it along immediately adjacent parts of the Pwll-Burry Port coast. The moth in question was a shore wainscot - photos below, including a shot of a fore-wing gently teased open to show the white hind-wing. 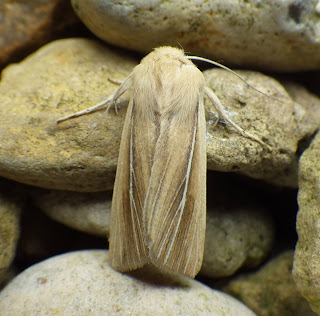 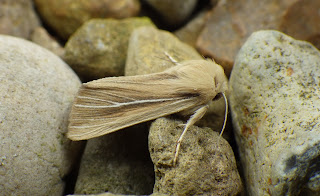 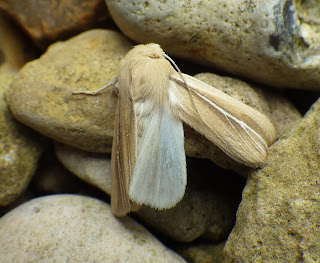