A shot at trapping on Tuesday night (10/8) brought only a modest mix of moths, with nothing of particular note though a turnip (an uncommon Carms moth) and Epiblema (=Notocelia) incarnatana were of slight interest. The latter tortricid may be new for my garden; it feeds on roses as a caterpillar (hence `rose` in the title). 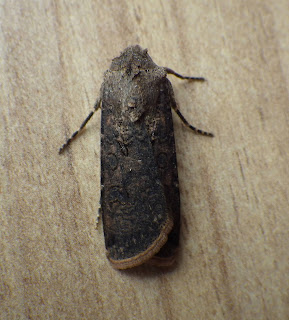 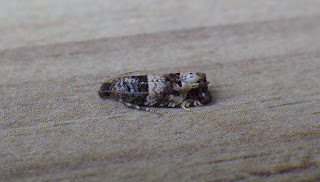 Above: a poor, over-cropped photo of Epiblema incarnatana. In the flesh it had a distinctly pink suffusion.
Trying to catch up after visits from relatives and a builder...I may trap tonight, though it`s rather windy.