I re-trapped last night (16/7) and, as with the previous night, there was a great variety of moths, both macro and micro, in the two garden traps - so it is really worth trapping on these hot nights. It`s also worth opening all the doors of your home to flush through the very early morning air to cool the house!

One micro of interest was Argolamprotes micella, a tiny gelechiid, dark grey-brown with bright white spotting and found in SW England and S Wales; it was first recorded in the county at Llansteffan by Mel Jones some years back. Argolamprotes is a moth that I`ve had in previous summers around the Llanelli area. A second leopard moth was also caught - I can say that it was a second individual, as the previous night`s moth was still in the fridge; both are now released. A few photos below: 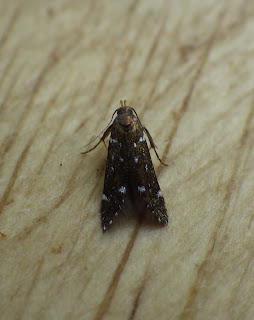 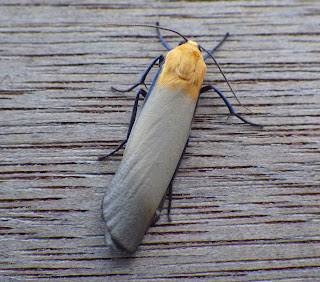 Above: the first of the summer`s four-spotted footmen ( a male) and, below: two of the three privet hawk-moths in the traps last night. 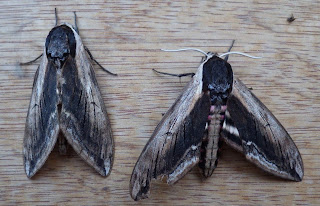 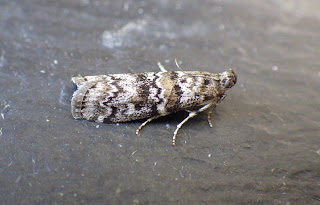