I switched my trap position to the front step last night in honour of national moth week. The majority of moths in the trap were micros - mostly Garden Grass veneer. However there were a number of tricky tortrixes. 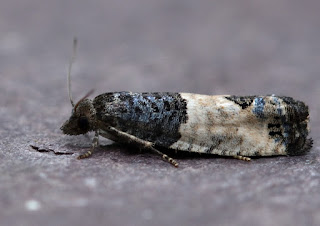 Then a new moth for me, which I first took to be an Ancylis but realised was actually Willow Tortrix. It amazes me this is my first of this species as willows are ubiquitous here. 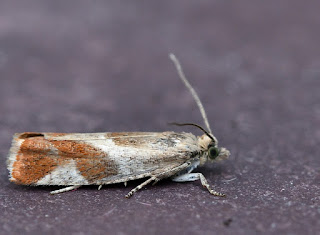 Next came a small, dark micro, with an incipient bump behind its head. I think it's an Endothenia and it looks like Oblongana, any ideas? 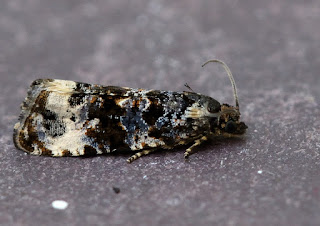 Last but no means least, I puzzled over this specimen, wondering if it was an unusually marked Light Brown Apple or Garden Rose Tortrix but the shape just didn't seem quite right. 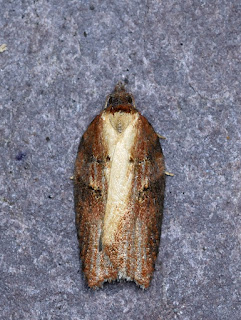 Through a hand lens I could see tiny bumps on its wings, nearly half way down and in the photo the two dots at about a quarter way down are more obvious. The wing pattern is unlike any in the books, but I did see a similar specimen on the internet. Could this be Acleris hastiana?