Last night I was hoping for a repeat of a trapping session almost exactly a year ago (12th July 2020) which produced, amongst other species, both Cloaked Carpet and V-Moth.  To maximise the chances I set three traps up in the garden, the Robinson MV and Skinner actinic which I had used on Thursday night and a small 9w actinic which was sited near a perimeter hedge.  Having closed down the two larger traps at 5am I inspected the small trap and my spirits were raised when I saw these two moths on the vanes: 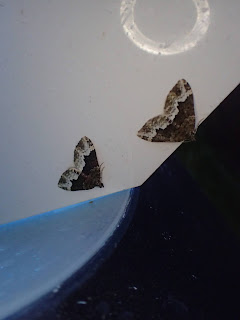 Cloaked Carpets
Much later on this morning I had almost finished emptying the traps when, at the bottom of the small box, the wish was fulfilled: 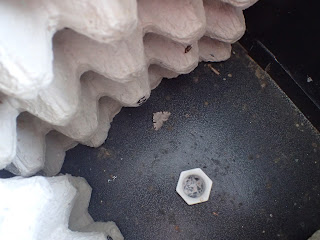 V-Moth
The night was also notable for the appearance of another species which has proved to be elusive here: 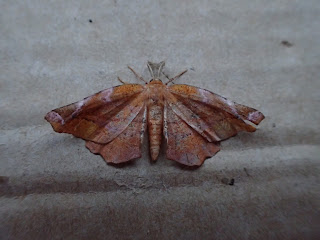