Last night's was the best catch so far this year with over 50 species recorded.  The wall behind the trap was peppered with moths (literally), Peppered Moth being abundant along with several Brussels Lace and Foxglove Pug.  Predominant inside the trap were Uncertain/Rustic, Dark Arches and the inevitable Large YUs.  It was nice to welcome the two Doubles - Double Dart and Double Line: 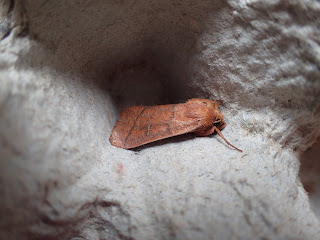 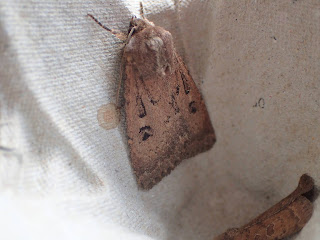 Double Dart
Not so good weather for the next few days but it's supposed to improve towards the end of next week, in time for NMN, so I plan to have traps blazing on at least one of the three nights.