Over the last few years I`ve been examining an area at Furnace, (NW Llanelli) where soft shield-fern is abundant, in the expectation that Pachyrhabda steropodes would soon arrive. About three weeks ago, I found a single larval tube on the underside of a frond of this fern and resolved to return to see whether this was not an anomaly of some sort. This afternoon I took a short walk and returned to this site, finding some dozen larval tubes on two clumps, suggesting that this micro-moth is in the early stages of establishment - the remaining fronds that were checked had nothing or just the widespread Psychioides filicivora. 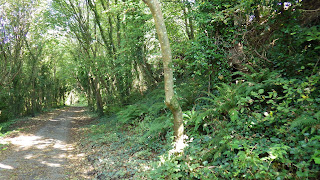 Above and below: the location, at SN 504 016, showing the abundant soft shield-ferns and hart`s-tongue ferns. 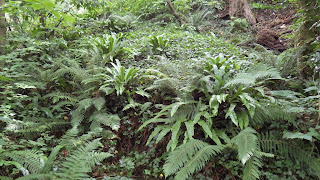 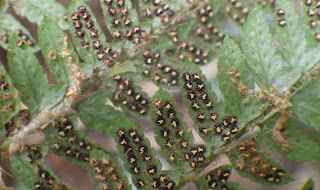 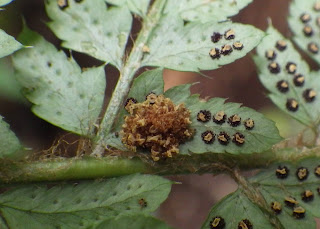