For much of the year my home trap results were so poor that I hardly bothered to try - I was going to give moths a `year off` and focus instead on other aspects of natural history. The recent very hot weather (too hot at times for us humans!) has changed things, as on these hot nights, increased numbers of moths are `out and about` and they also have a tendency to wander or disperse. This results in the appearance of moths in your garden traps that rarely otherwise turn up. It`s a shame that the winds have been basically northerly, accounting for a dearth of migrants from the south. I include a small selection below.

Whatever, there has been a lot of `good` moths over recent nights - privet hawk-moths were regular, more leopards turned up, four-spotted footmen numbers increasing (only males so far), bordered sallow, true lover`s-knots, and many more Argolamprotes micella. I would advise others to trap before this hot spell ends after Friday. 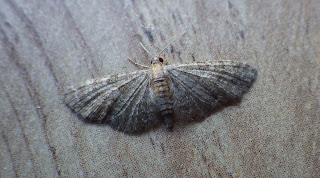 Above: Haworth`s pug, a Clematis-feeder. The nearest patch of Clematis is some distance away, on the eastern edge of Pwll. Apparently this moth can also utilise garden Clematis, which may be the original of this individual. 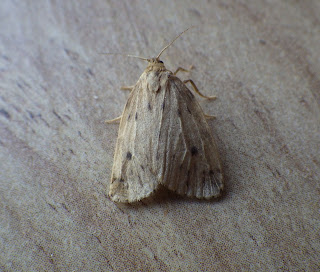 Above: round-winged muslin, from one of Llanelli`s marshlands; several were caught. 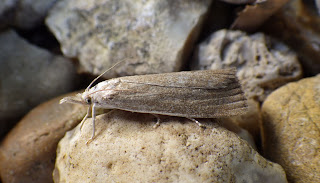 Above: Calamotropha paludella, another wanderer from coastal wetlands less than a mile away. 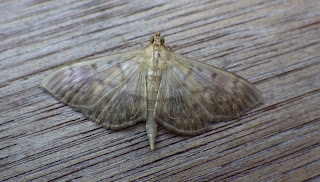 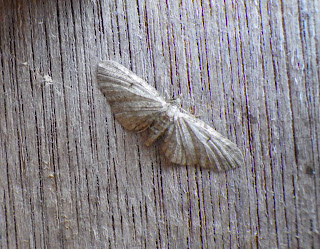 Above: a rather poor photo of a slender pug, a species that I`ve overlooked in the past. Its peak flight season is mid-July. 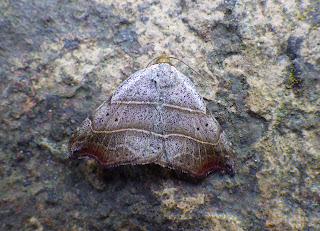 Above: beautiful hook-tip, probably a visitor from adjacent woodland. 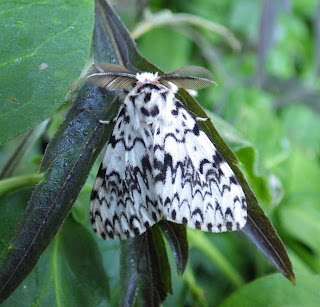 Above: the first of the year`s black arches are out - look at those antennae and also the pinky-red area on top of the head. 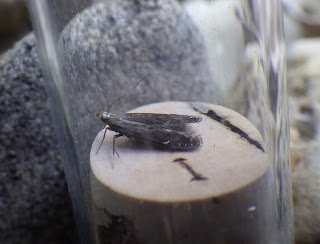 Above: Monochroa cystisella, a bracken-feeder.
(Thanks to Sam for confirming my dets. of the pugs).