To amplify Ian's remarks, my trap attracted 42 species last night, of which 16 had not appeared in the previous trap. Different moths included Middle-barred Minor, Herald and Sallow Kitten, all firsts for the year. I had two examples of Pammene aurita which I haven't had for some time. 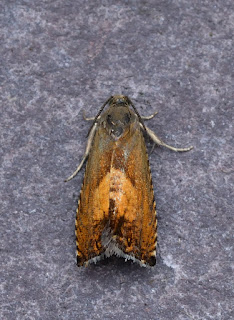 The other didn't make it!

And a lovely yellow-orange footman. 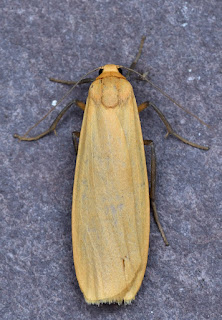 I believe this is Buff Footman. 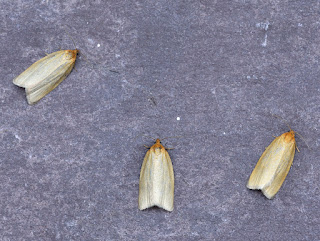 I also had three Timothy Tortrix, which was a surprise as I have never seen it before! Still going strong in the garden are Riband Wave, Willow Beauty, Early Thorn and White-line Dart, with 27 of the 81 moths seen.