Essentially, the good variety continued on the still-hot Friday night and even though the temperature had reduced by Sunday night, moth numbers and variety were still fairly decent. Once more, several species that had not been recorded during the previous week of virtually continuous trapping were noted. 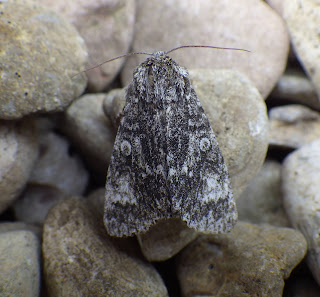 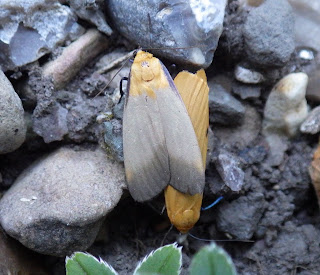 Above: a mating pair of four-spotted footmen confirms local breeding. 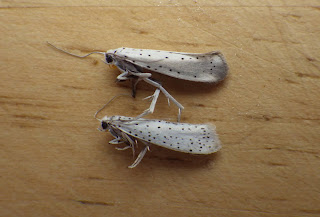 Above: my `take` on these two is that the upper one is Yponomeuta rorella (the willow ermine) whilst the lower individual is Y. evonymella (the bird cherry ermine). By all means correct me, if wrong! 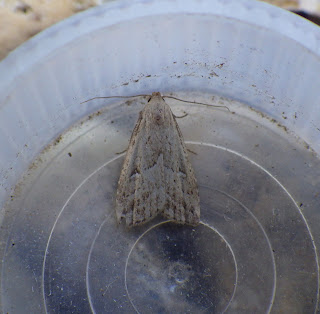 Above: the tiny size of the marsh oblique-barred sometimes persuades unfamiliar recorders that it is a micro-moth - but it`s a macro. 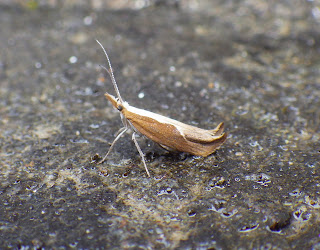 Above: not uncommon, but unusual-looking with its upturned `rear end`: Ypsolopha dentella. 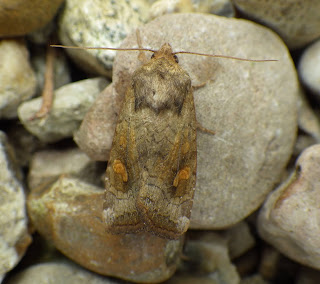 Above: this individual matches the typical form of saltern ear as shown in Chris Manley`s photographic guides. I have had saltern ear confirmed by dissection from nearby Pwll in the recent past.