It is indeed - as Adam puts it - a year of `thin pickings` in my garden traps so far in 2021. I trapped on  Wednesday (16/6) and again last night, the first night with wind from a generally southerly direction and last night from the opposite direction.

With such meagre results, perhaps help is needed and I was surprised on Thursday morning that a female had also been catching moths in my garden. Before any gossip commences I would like to add that this female had six legs and a pair of wings - it was a robberfly, believed to be Neoitamus cyanurus. This woodland robberfly is reported in the literature to feed on small moths. 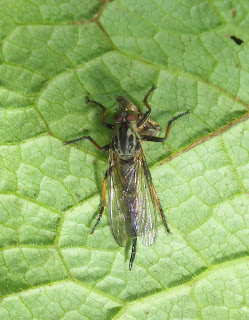 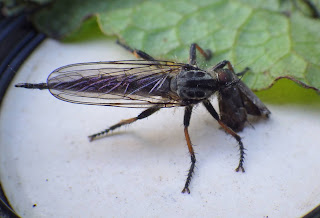 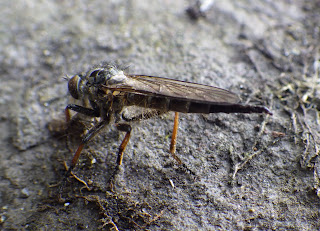 The small moth (length 6mm) that the robberfly caught is shown below. I`m unsure of its identity at present, but it seems to have a symmetrical pattern of pale markings on each wing. Any suggestions? [PS...it is a nettle-tap - thanks to Sam for pointing this out]. 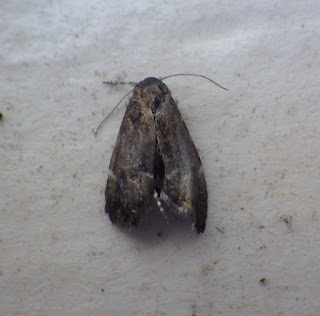 Inspecting last night`s small catch this morning, interest - the only interest! - was provided by a very small pyralid, a presumed Ephestia sp. The pinkish suffusion suggests the possibility of Ephestia unicolorella ssp woodiella, but this is very much an initial guess at this stage and the moth will need further investigation ie probable dissection. Photo below. 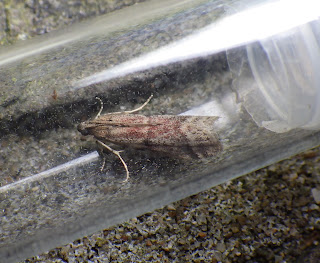