Moth trapping has had to take the backstage with me so far this year and, consequently, I`ve been actually rather glad that the weather conditions have been mostly inimical with many recorders complaining of quite poor catches. However, as we all know, the weather improved recently and, over the extended weekend period, I`ve trapped as much (four times) as I had managed in the whole preceding January-late May period. The trapping was the relatively easy garden home trap, rather than out in the field, and some moderately interesting moths were caught. The four nights were 28/5 to 2/6 inclusive.

A nice surprise was a seraphim, a moth that I caught previously at Pwll but also at my current trap location. It was suspected though that I had seen the back of this species as a mature garden aspen - one of its food-plants - had been felled. Presumably this weekend`s individual wandered from nearby woodland (Stradey Woods) where an alternative food-plant (poplar) grows. 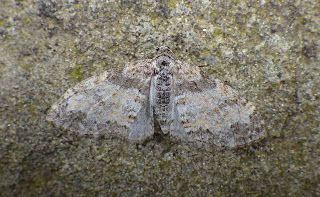 Another night had an orange footman, two species of kitten (sallow and the scarcer alder) and the appearance of the regular privet hawk-moths, whilst the following night yielded Agonopteryx arenella (which may be new for my garden) and least black arches. 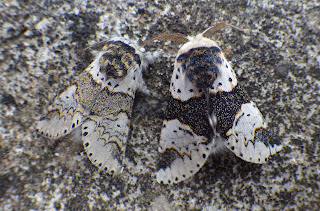 Above: together for comparison - sallow and alder kittens. 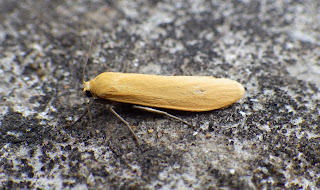 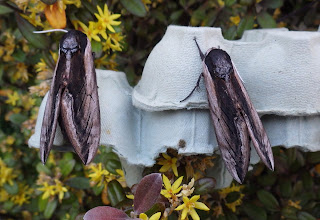 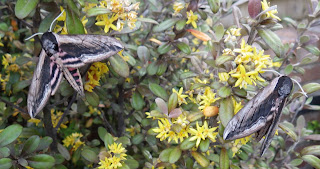 Above: privet hawk-moths really are whoppers. The backdrop, incidentally, is the New Zealand shrub Corokia virgata. 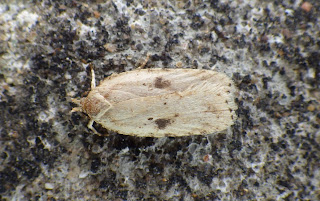 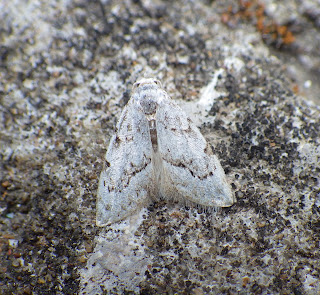 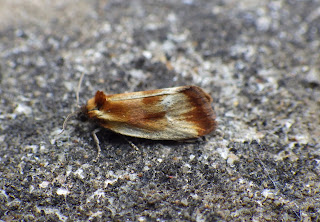 Last night witnessed a remarkable variety of FFY mostly common species that were not present on the preceding nights; the catch also included a broad-barred white. 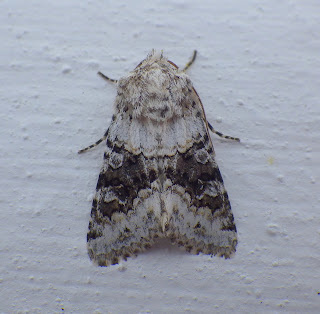 Above: broad-barred white.
Another `good` moth caught in this period is not shown as it escaped as I was about to photograph it. The moth was a vestal and after potting up it was carefully tapped out onto the ground in order to take a photo. It `landed` on its back but after using the lid of the pot to tilt it upright, it flew off after only a second or so, the flight being quite high and into a neighbour`s garden or beyond. My first migrant of the year.