A modest catch on Tuesday (30 March) has kept me busy ever since and with my fingers in ruins from scratching my wooden head. I still need expert help for two species witch are shown below. Only 14 species were found, but many of them were firsts for the site. Among these was this very striking Brindled Pug:

The moths that have defeated me included this Geometrid which I am sure will be obvious to most who inhabit this sight - I confess to significant brainfade and am relying on your expertise and help, if you will: 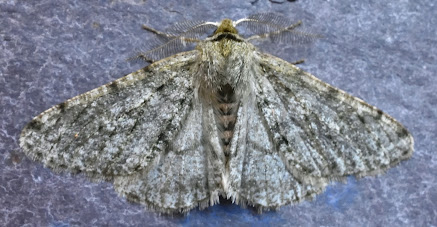 Unfortunately, I forgot to measure wing length before releasing the moth.
This micro seems to resemble a Cnephasia sp. in its markings, but not in its shape - I have never seen one of those and am likely to be way off the mark here. Wing  length about 10mm. The second picture shows the wings bent due to its positioning in the pot lid - this was not a permanent injury.  Again, help would be welcomed: 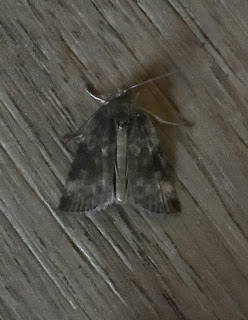 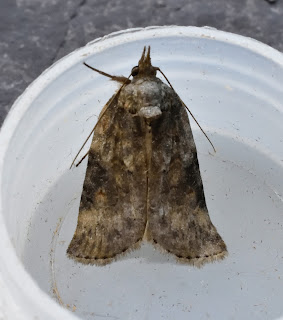