Actinic traps were used here last night and on Tuesday night with modest returns: small numbers of Early Moth and Dotted Border, singles of Hebrew Character and March Moth (FFYs), and this micro which I'm calling Tortricodes alternella unless anyone tells me otherwise: 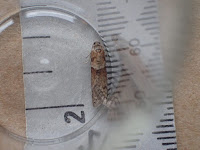 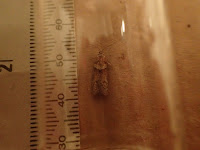 It's reported to be a common species, but this is the first time that I've recorded it here in twelve years of trapping.  Never mind, better late than never, and it's nice to see something new so early in the season when there's not much around.

I'm including this image of HC because it's such a fine example! 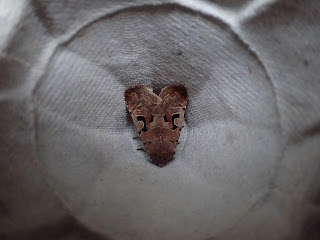