Lesser Yellow Underwing - or not?

I had one of these on the night of the 7th September, and two more arrived last night: 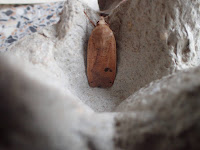 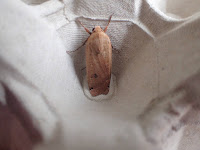 Judging from the published images, the black marks at the tips of the forewings are typical of Lunar Yellow Underwing and not Lesser Yellow Underwing.  The trouble is, I've been unable to establish the presence of 'lunar' markings on the underwings, although I've found it extremely difficult to examine them.  The best I've been able to do is to photograph them in flight: 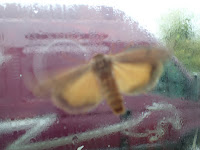 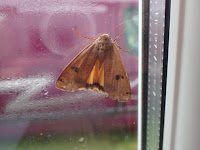 Without evidence of these markings I have to concede that they must be the common Lesser rather than Lunar, which doesn't seem to have been recorded in this area.  What a shame!

In spite of the apparently favourable conditions last night (warm, moist) the moth numbers were disappointing, although I did catch a very nice Brindled Green, and the first Pink-barred Sallow of the season, albeit a rather sad-looking individual: 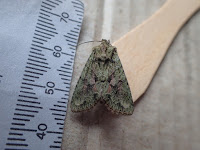 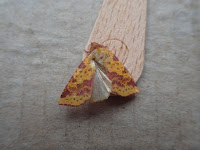 Update: absolutely no lunar marking on this one: 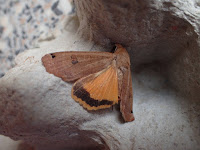