There was a reasonable trapful when I got up this morning. Unfortunately more than 50% of it was Large Yellow Underwing! However I did find three new micromoth species. The first was quite a large individual, Chilo phragmitella, bigger than some of the smaller macros. 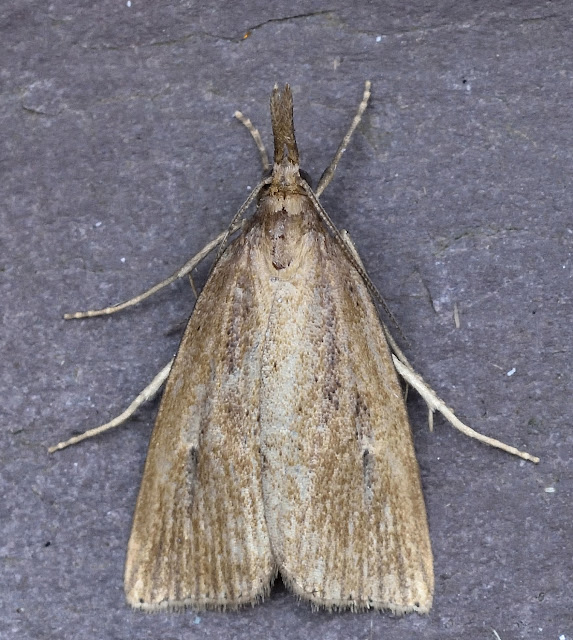 The next is about the same size of an uncooked grain of rice, maybe smaller, a colourful momphid, Mompha propinquella, my final identification arrived when I had a large photo to look at. 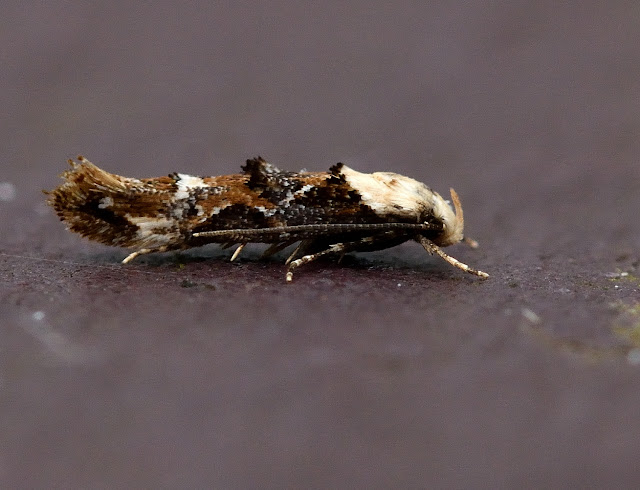 Similarly my next moth required a photo to clinch its identity. I realised it was Caloptilia, but which one? 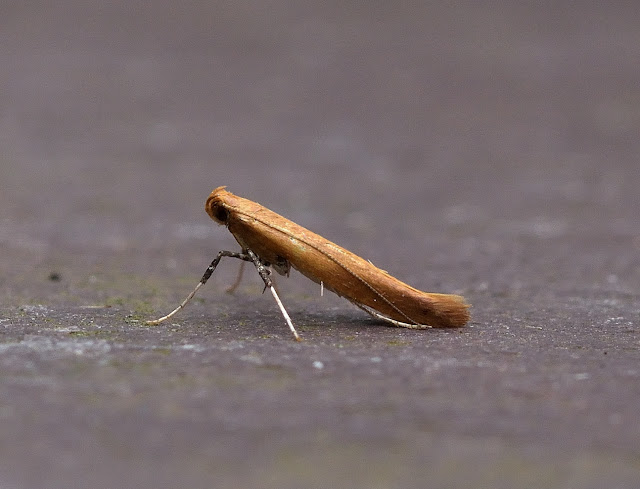 Smaller than a grain of rice, the tops of its legs are black, not rufous, it's Caloptilia rufipennella.