It`s been interesting to read recent postings of co-Carmarthenshire moth-ers, especially Adam and Chris who continue to produce `results` and enliven those records with good photos. Apart from three consecutive home-traps last week I have n`t trapped too often for the last fortnight or so. The above-mentioned three nights, all relatively hot, did not produce any hoped-for migrants (except for silver ys and rusty-dot pearls) but there was a good assemblage of resident moths and, as always, one gets a different mix on each night. The highlight was a Zelleria hepariella (an ash foliage-feeder), a 2nd county record with the first record being back in 1980, made by Dafydd Davies at Rhandirmwyn. One for Jane Hand to look out for! 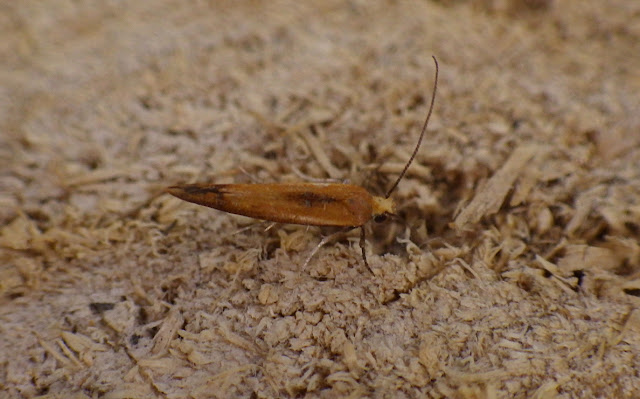 My daytime mothing has focused on trying to clarify the current distribution of the increasing micro-moth Pachyrhabda steropodes which is - as you know - an alien Australasian species that was first noted at Aberglasney Gardens about 15 years ago. I have been continuing to search its preferred food-plant (soft shield-fern Polystichum setiferum) for signs of its presence, though in many parts of Carmarthenshire, such as the acidic hill country, finding soft shield-fern itself is the first task. Whatever, Pachyrhabda is now known from several sites in the far east of Carmarthenshire - Cwm Twrch at Brynhenllys and even in the Gwydderig valley south-east of Llandovery; I have also found it just over the border in both Glamorgan (Cwm Cathan) and Breconshire (Upper Cwm Twrch). Another new site is Goitre Wen, NE of Llanelli, though it has not yet colonised some strong populations of soft shield-fern near the town itself nor the extreme south-eastern coastal belt. It has, however, reached Ferryside and a couple of sites just north of Kidwelly. 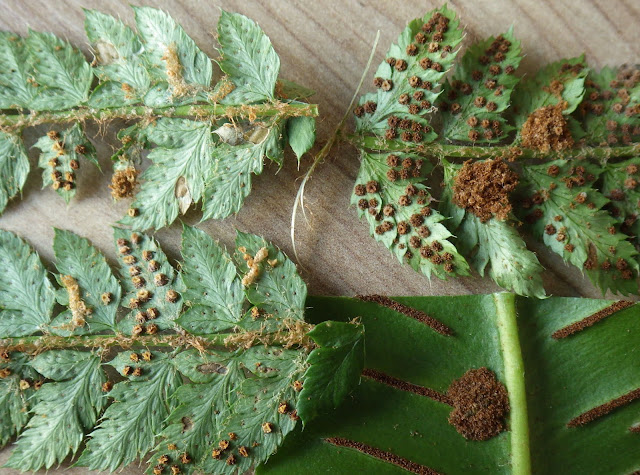 Above: a reminder. The straw-coloured tubular spinnings of Pachyrhabda are on the soft-shield fern to the left, with the darker brown round spinnings of Psychioides filicivora on the same fern to the top right. The bottom right has the latter moth`s spinnings on hart`s-tongue fern Phyllites scolopendrium.

I have continued to beat and sweep alders for the related Stathmopoda pedella but, in spite of numerous attempts, I have not re-found any after my initial find near Ashpits Pond (Burry Port): I have even revisited the tree where I originally found it - but no luck! One alder did, however, yield a new caterpillar for me (though all of us often record the adult) - it was that of a miller - shown below. 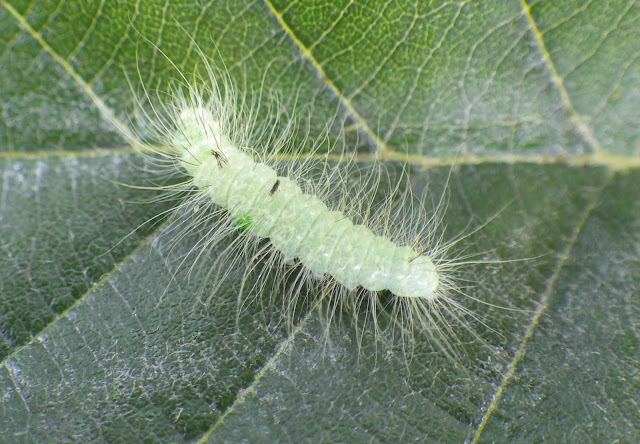 Many of us will have seen the white larval cases of Coleophora alticolella or glaucicolella on rush seed-heads (they seem to be particularly common on Juncus conglomeratus). Unfortunately, they are not distinguishable to species by virtue of their external appearance. However, there are subtle differences between the larvae (which have to be delicately extracted), so I`ll `have a go` shortly on some that I collected from a brownfield site at Dafen, Llanelli. See the photo below of several larval cases on the seed head of compact rush. 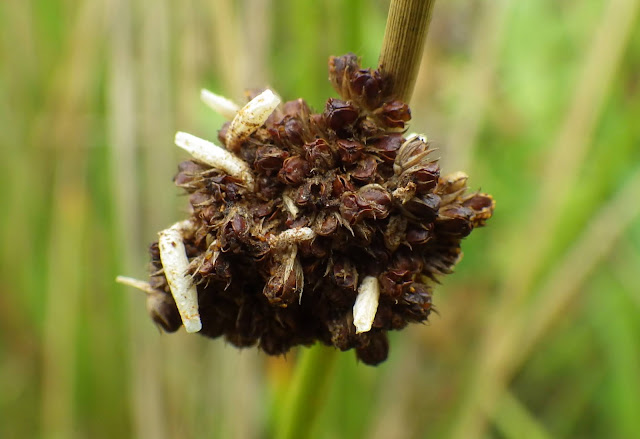 Finally, a photo of a female and male yellow-tail to show the size and other differences: 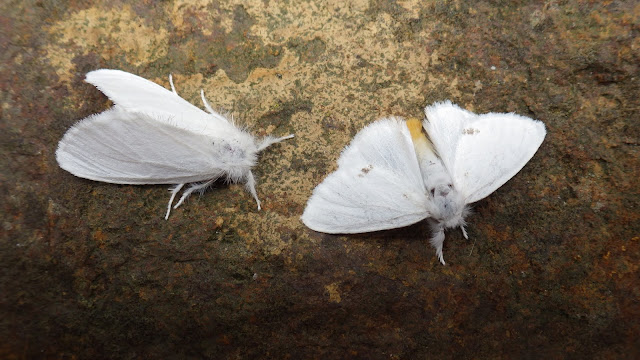