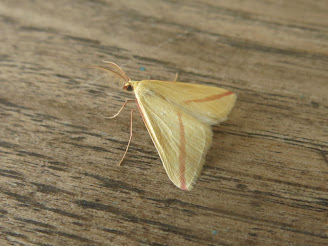 I'm afraid I haven't trapped very much at Cnwc over the last 6 weeks despite moving between Carmarthenshire and Monmouthshire since 'stay local' ended, because Clare has been floored by Long Covid (caught in early March), and waking us all up at 5am to look at moths just doesn't seem the right thing to do. Signs of a slight recovery in Clare's health coupled with a thundery forecast tempted me to trap on 11th August.

61 spp of Macro and 31 spp of Micro were ample reward, although the migrants flooding into traps in England (and doubtless at Graig too!) failed to appear: a Vestal which arrived at 22:00ish was star of the show. Support was provided by 2 Dark Swordgrass, 18+ Ear sp (at least half of which looked more likely to be Large than The), 1 Bleached Pug, 1 Centre-barred Sallow, 1 Turnip, 3 Mirificarma mulinella, 1 Ptycholomoides aeriferanus, 1 Apotomis capreana etc. I'm back at Dingestow tonight with the MV and Actinic on (and Clare's mother providing support at Cnwc), so I hope other locals will be making the most of the heatwave! 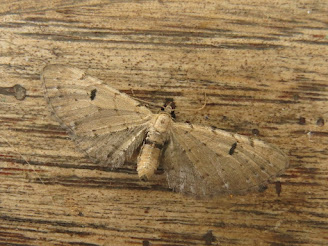 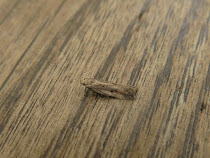 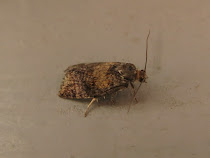