Richard and Kath Pryce recently sent me a photo of an (almost) all-blue female common blue at their property on the limestone ridge at Garn near Crwbin. I`ve seen some females with an element of blue but never as much as with the one that they recorded. I know little about this particular topic but Jeremy Thomas writes, " The preponderance of blue markings increases the further one travels west and north, culminating in a magnificent form called mariscolore...[which]... lives in Ireland and north-west Scotland" (The Butterflies of Britain & Ireland by Jeremy Thomas and Richard Lewington, Dorling Kindersley, 1991, p 91). 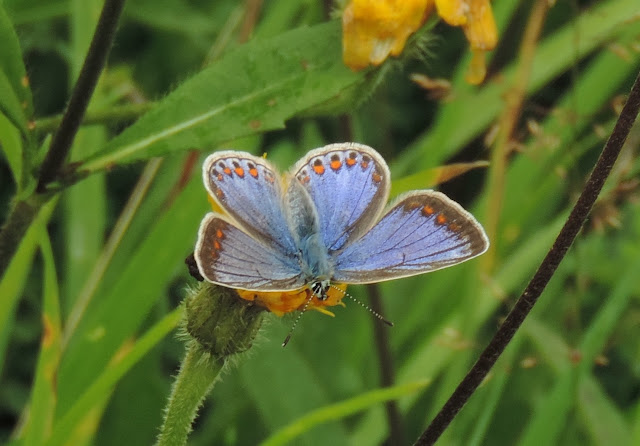