A disappointing series of trap-nights

Given the recent warm weather and the influx of migrants, I`ve been doing quite a few garden trap sessions and although the hotter nights did induce some wandering/dispersal of resident moths, no exciting migrants turned up in my traps. At one stage, low numbers of rusty-dot pearls appeared and on one night the number of silver y`s actually exceeded the number of  boisterous large yellow underwings, but that silver y influx was sadly not a harbinger of anything more exotic.

Nevertheless, some moths that I judge scarce or infrequent at my current garden trap site did appear - moths such as an old lady, scarce footman, antler and grass eggar. 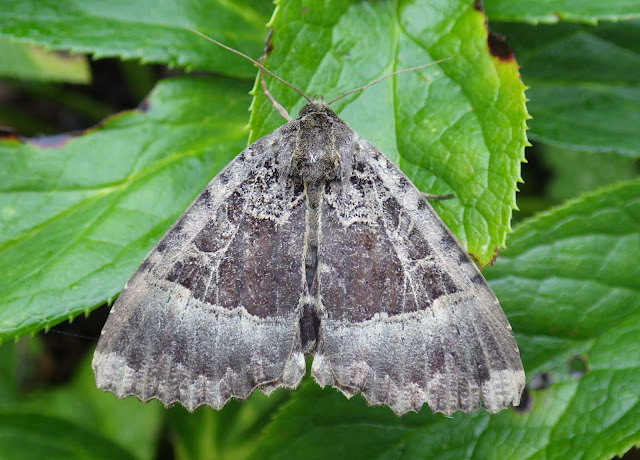 Above: usually old lady moths turn up rather tatty and battered with torn wings, but this one was at its dour best. 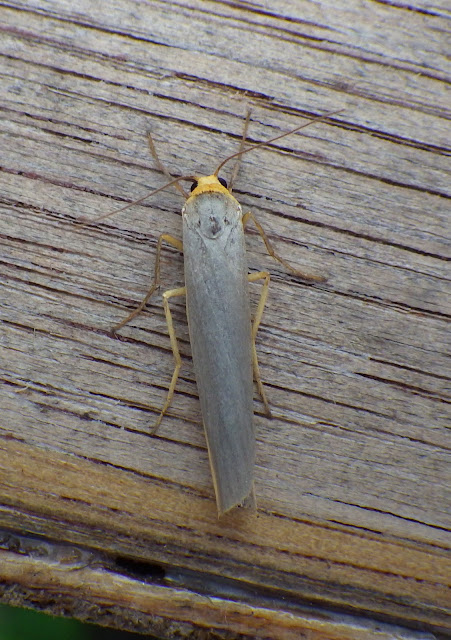 Above: no need to diet for this slim scarce footman; it was one of two which presumably wandered from not-too-distant coastal habitat. 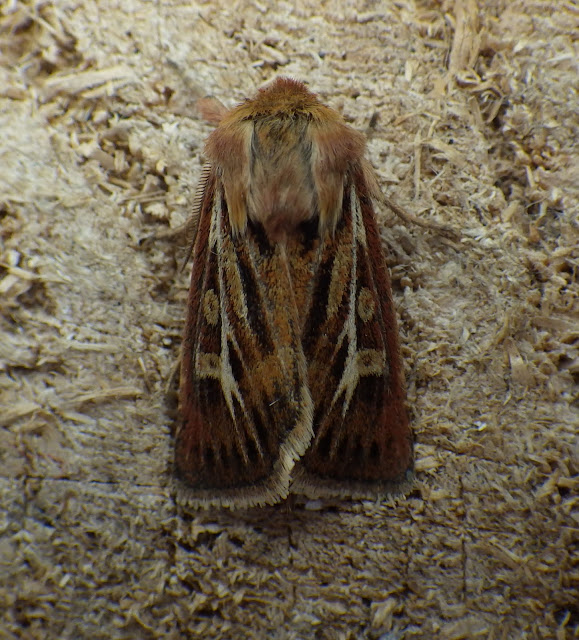 Above: an antler moth possibly wandered from Gower or inland rhos pastures. 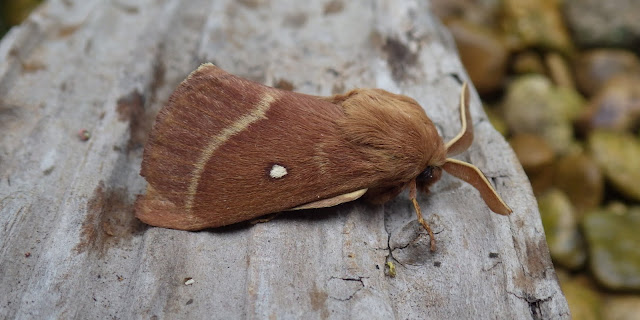 Above: the grass eggar is quite a scarce and restricted moth UK-wide, so it was nice to catch it twice over the last week in my garden trap.

Currently coming to the fore is Blastobasis lacticolella, considerably paler and about a third larger than its commoner cousin Blastobasis adustella. Both are canoe-shaped and adustella invariably has a dark-edged v-shaped mark on its `back` to aid identification. Photo of lacticolella below: 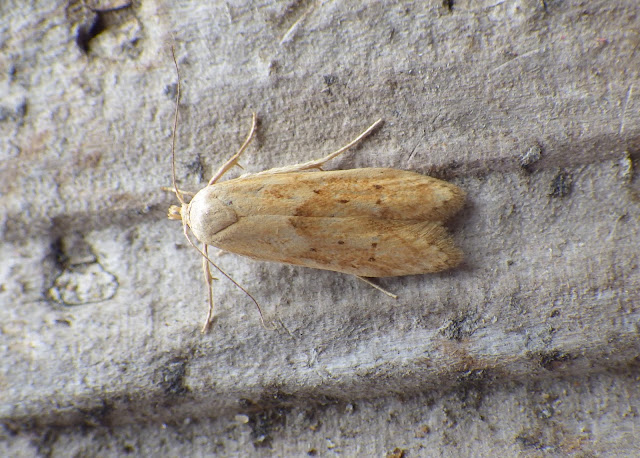 A new moth for me was this Oegoconia sp. and judging by the number of records in adjacent Glamorgan, O. quadripunctata seems the most likely. Photo below. 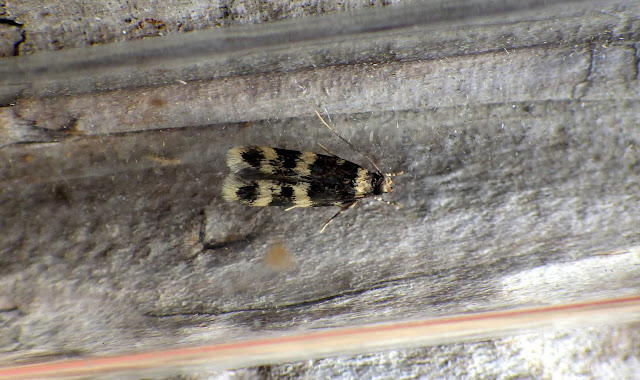 Postscript: I later checked through some tiny moths found dead below the MV bulb and they included Aproaerema anthyllidea and Limnacea phragmitella.