Thursday night led to a very busy Friday for me sorting through over 200 moths, the result of employing two traps.  I'm not too sure that it was worth it, well over half of the number was made up of three species: Large Yellow Underwing, Dark Arches, and Uncertain/Rustic.  It's that time of year!  At least there was no wasp interference - not yet.  Only three FFY macro species, Slender Pug, Buff Arches and Scalloped Shell (I was going to include a photo but Steve has beaten me to it!)  Of note were a brace of Cloaked Carpets and a Sharp-angled Carpet.

The micros generated more interest, along with more effort to obtain presentable images.  One was a first for me, the tiny slim Batrachedra praeangusta: 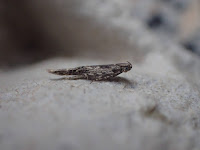 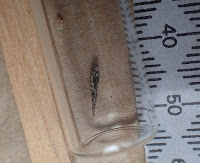 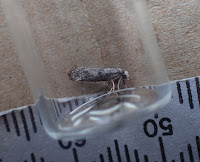 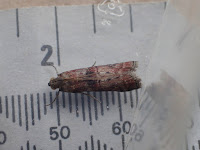 Finally, it was good to see the honeysuckle-feeding Ypsolopha nemorella again, just to show that the first wasn't a fluke! 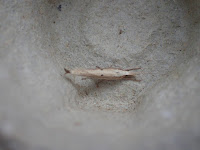