There was quite a satisfying trap last night, without anything startling, FFY included Latticed Heath, which made a remarkably rapid escape as soon as I approached it with a pot. Other FFYs were a tiny Short-cloaked moth and two Lozotaenia forsterana, which although micros were significantly bigger. Also new for the year were Clepsis consimilana, Syndemis musculana, Common Rustic sp.

I don't normally do pugs - but I think this is Currant Pug. Any other offers? 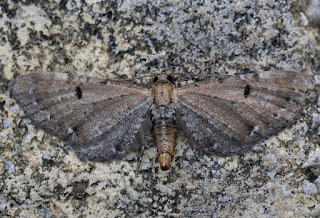 There were a number of micros that were new for me. 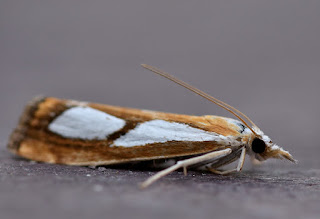 Catoptria pinella is an attractive crambid.
I believe this is Spindle Ermine, quite large, distinctive spot pattern and noticeably white on the trailing edge. 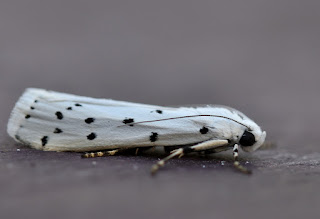 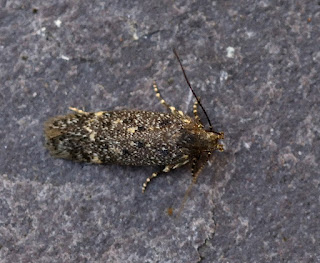 I think this is Bryotropha affinis. Completely unexciting and small. I promise never to post it again. 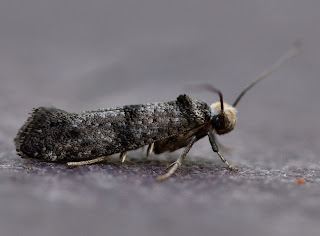 This new moth is remarkable in that it has the longest name of any moth I have ever caught: Paraswammerdamia nebulella. Another tiny moth, it's actually quite distinctive.
ID corrections are welcomed.
Posted by Adam Dare