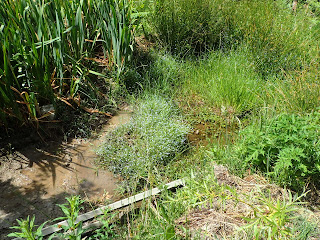 During this last week or so I have been making frequent checks on the water in my pond, which has reached a critically low level and threatened the lives of the numerous tadpoles, newts and other creatures in it, in spite of being topped up by the contents of several rainwater butts.  The problem has been temporarily solved, thanks to the arrival of rain (and wind!).  However on Thursday, before the wet weather arrived, when making a routine check I was greeted by a large number of small, grey moths swarming around the rushes which grow around the pond - and in numerous other places on the property.  I suspect that they must be a Coleophora species, presumably one of the C. alticolella group of rush-feeders.  I also noticed a grey tortrix (Cnephasia sp.) resting on a stalk 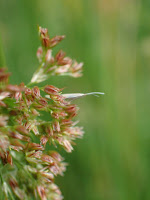 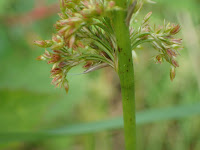 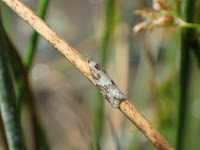 It's no wonder that my moth traps have attracted plenty of these small Coleophorids recently, I'm afraid that they don't get much attention because I can't identify the species.
Posted by Chris Handoll