Treble Lines in fact - I think.  I spent some time puzzling over this moth before coming to the conclusion that it must be that species, albeit a version of it that I haven't encountered before: 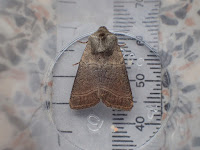 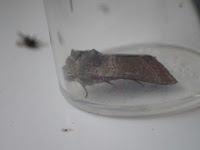 Below are two of the more usual forms of the moth that I see here: 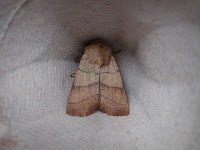 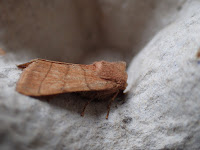 Treble Lines was the most abundant species in the trap this morning, eleven individuals in a total of 75 moths.  FFYs were Peppered Moth, Elephant Hawkmoth, Coxcomb Prominent, and Bright-line Brown-eye.  Nothing earth-shattering but I keep trying!
Posted by Chris Handoll