I left out the garden traps again last night (31/5) for the third consecutive night and, again, there was a different mix of moths with species such as small seraphim, rustic shoulder-knot, red-necked footman, beautiful snout, marbled white-spot, green arches, figure of eighty, miller and beautiful snout all new for the year. There were also a different selection of micros though the total number of species was similar to the previous two nights ie c 35-40 species. Nothing particularly exciting, but a decent variety and worthwhile trapping. As remarked previously, you can get different moths on `runs` of consecutive trapping sessions on warm nights when moths disperse. 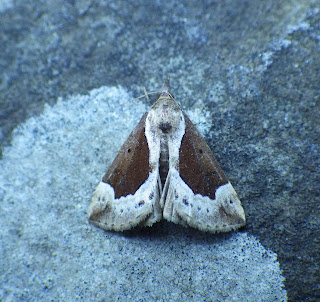 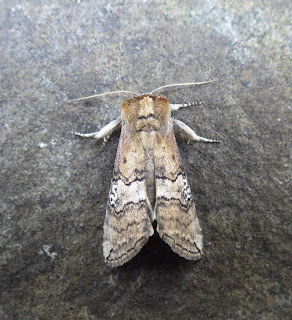 Above: Figure of eighty. 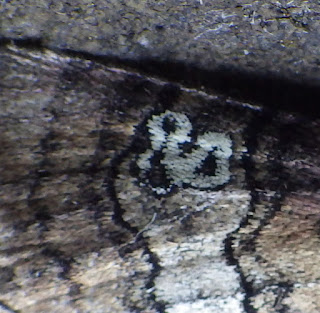 Above: if only all moths were numbered so as to aid identification - the `figure of 80` on the forewing of the figure of eighty.

Several of the moth species will have wandered from the adjacent large woodland block (Stradey Woods) - for example, red-necked footman, beautiful snout and the figure of eighty. The nearest bilberry (the food-plant of beautiful snout) is in a deep `cwm`at the far NW end of the afore-mentioned woodland whilst the figure of eighty probable originates from tall poplars on the nearer side of the woods.