Doesn't look too drab to me! 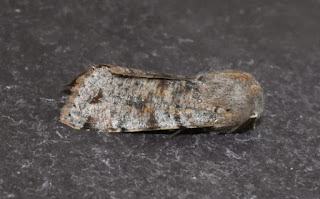 Just 65 moths of 19 species at Ffairfach last night (16th April): an odd collection, with second sightings for 2020 of Twenty-plumed Moth and a Light Brown Apple Moth (a long way from Australia) the only micros in the trap this morning. A rather smart Great Prominent was FFY, as was a single Least Black Arches - I used to see them regularly on the Isle of Sheppey in Kent, where they  used to invade our kitchen to get to a massive industrial fluorescent tube light left by a former occupant. Half a dozen at a time was not uncommon. 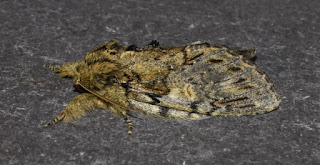 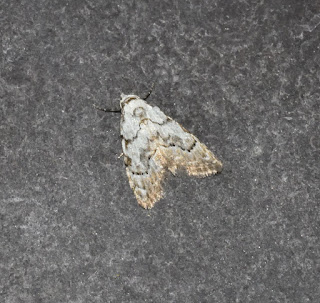