I wandered down to the Ashpits Pond area (between Burry Port and Pwll) for a leaf-mining session one afternoon this week and noticed, among many other mines, one that I could n`t recognise on Populus nigra. It was rather distinctive as it was located near the petiole and there were several on adjacent leaves.
David Shenton has kindly i/d it as Gypsonoma oppressana, for which there is just one other Carmarthenshire record noted in Sam`s 2016 listing (if my memory serves me right, it was recorded as an adult at/near Penclacwydd by Barry Stewart?); the poplars also had Stigmella trimaculella. 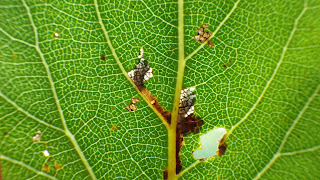 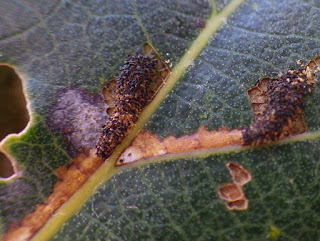 I`ve put out one garden trap out tonight (Friday) - to test what is around....
Posted by Ian Morgan