No spectacular migrants for me (but a dose of `migrant fever`)....

Last night (Sunday 3/8), out went the two garden traps, an event mirrored by a few of us in Carmarthenshire, all with the hope of a bedstraw hawk-moth or another rare migrant. As far as I know, none of us `scored` in that department.
Perhaps self-conditioned by over-excited anticipation and certainly combined with tiredness (b****y loud music from the local tennis club late into the night, plus a neighbour`s dog barking away at 3.00 am), I initially I thought that I`d caught a rare crambid early this morning. But it was just an extra-colourful Agriphila inquinatella, albeit seemingly on the large size for that species. 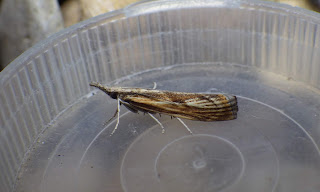 Compensation was provided by a new pyralid for me - the ash-dependent Euzophora pinguis, possibly a second record for Carmarthenshire (though it much more frequent in neighbouring Glamorgan). 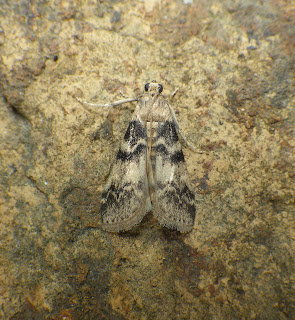 Other resident moths of interest included a white-line dart, marbled green, marbled beauty, four-spotted footmen (3m, 1f), Pammene fasciana, Rhyacionia pinicolana (a different individual from the previous night, which was still in my fridge) and Catopria pinella (3).
Migrants were represented by diamond-backs (22), silver y (6) and rusty-dot pearl (2). I estimate that, once I finish going through some specimens, there will be c 60-70 species recorded from last night. However, a couple of species that I recorded on a quick visit to the traps just before bedtime were not in the traps in the morning so perhaps I ought to remain with the traps for at least the first part of the trapping session to boost the numbers of species recorded? 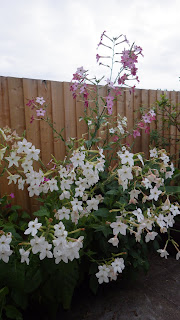 I`ve left the MV out tonight, with my home-made protective cover (rain is forecast). If I get anything interesting, I`ll let you know tomorrow....
Posted by Ian Morgan