Do not go gentle into that good night. Rage, rage against the dying of the light.

The MV trap will shine no more at Cwmllwyd. Almost fatal injuries sustained by the wife, along with some heart stopping moments (quite literally) for me, have persuaded us that we must come off the mountain to somewhere that has better access to necessary amenities, down in the valley. The move is imminent - 12th August - and we are now so busy that there will be no more trapping anywhere for a while. I have, however, been able to negotiate occasional access to a site close to Cwmllwyd, albeit just across the border in SN71. Such usage will be highly valued, but is likely to be infrequent.

There have been some great moth-moments here during the last six years, but without doubt, the most important of all was the discovery of the Carmarthenshire Moth and Butterfly Group. I cannot thank everyone in the Group highly enough for their collective expertise, their willingness to help newcomers and novices and for sharing their experiences on this blog.

May I now indulge in sharing some moments with you from Cwmllwyd and Y Mynydd Du? 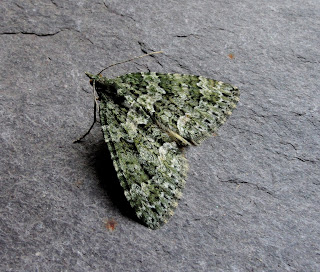 I was fortunate to be the 1st to offer a photo of Autumn Green Carpet to the group, for there had been many earlier records and there have been several more since! This is a later shot, for the 1st was not very good! 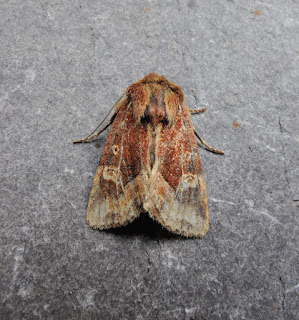 This was the 1st accepted shot of Haworth's Minor in the county - rather a battered moth and not too well photographed, I think. 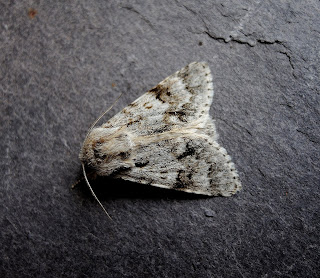 The first moth that I trapped on The Black Mountain was this Light Knot Grass. 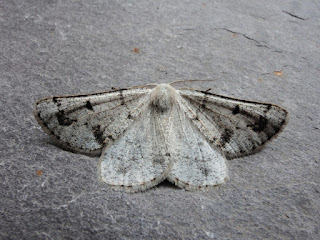 Five of these Grey Scalloped Bar moths in two sessions on the mountain, 10 nights apart caused a minor sensation as they were 1st for the county. 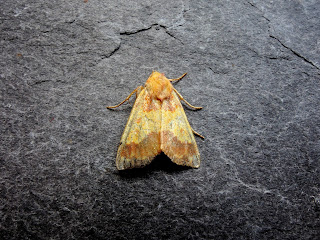 This Barred Sallow was another 1st for the county and another moth rather the worse for wear. 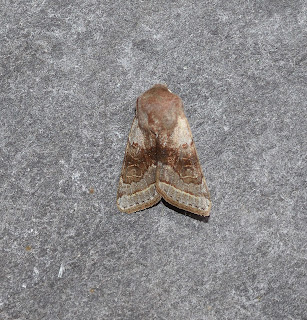 So that's my last post for a while: but be warned, I shall be watching this space and may be commenting and I hope to be trapping again soon - somewhere.
Posted by Steve Clarke