The two garden traps left out on Sunday night (14/7) yielded a decent harvest of moths this morning, with ample variety and numbers. It was a mix of good `bread-and-butter` records rather than anything particularly exciting; moths included privet hawk-moth, yellow-tails, slender brindle, tawny-barred angle, coronet, four-spotted footman (five males), red-necked footman, Argolamprotes micella, Pammene fasciana (nine rather than the usual ones or twos), diamond-back moths (4) and a `dusky longhorn beetle` Arhoplaus rusticus in one of the traps. There was also an `invasion` of water veneers Acentria ephemerella from one of the coastal water bodies, with an estimated 50+. 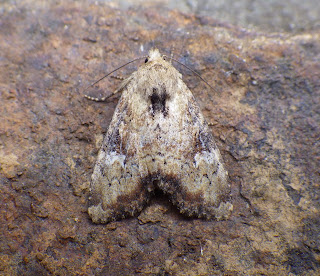 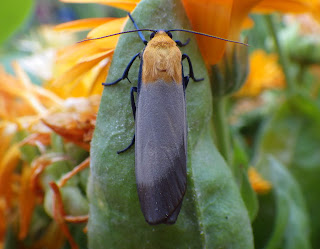 Above: one of the five male four-spotted footmen. 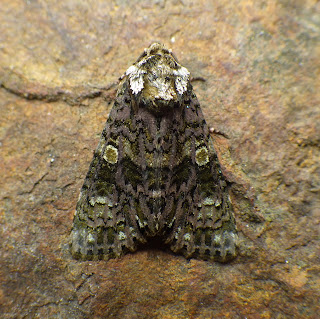 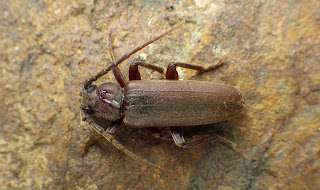 Above: Arhopalus rusticus (aka `dusky longhorn beetle`) was in the actinic trap. The larvae feed on pine.