I did a repeat garden trap last night (15/7) as conditions were remaining warm overnight, and as I have remarked before, a different suite of moths may be caught on consecutive nights. For example, last night there were no water veneers, no male four-spotted footmen but their place was taken by other moths of interest.
The title refers to a female four-spotted footman which occupied the actinic trap in the absence of the opposite sex, whereas the previous night there were four males. You can see from the photo that this `Amazon` of a moth was a substantial individual and quite larger than as indicated in one of the standard field guides: 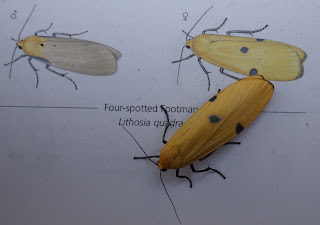 As with the previous night, there was no shortage of moths in numbers or variety, with various species of interest turning up. I even had my second only (this year) silver y; a very common moth that is currently virtually absent.
I`ll give a small selection of last night`s moths below: 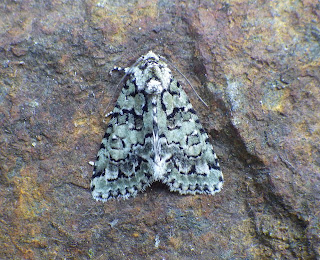 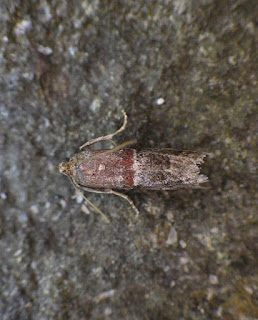 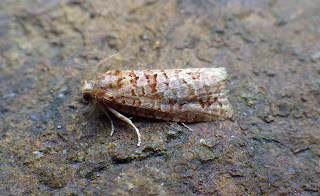 Above: the pine specialist Lozotaenioides formosana. 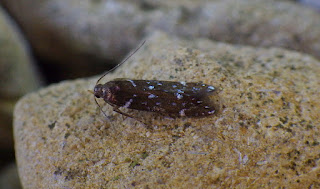 Above: Argolamprotes micella, which has been turning up regularly recently.
Posted by Ian Morgan