`Fly by night`, or rather `two flies by night` were of interest were in my two garden moth traps last night (Thurs., 4/7). As for the moths, well, they were not outstanding with just circa 35 species, but they did include privet hawk-moth, July highflyer, satin beauty, Argolamprotes micella and Anania crocealis. 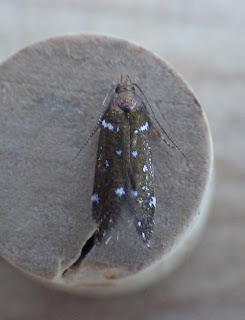 Above: Argolamprotes micella. Readers may recall that I recorded one recently when it landed on my leg, but I failed to `pot it up`. This one was in last night`s trap. It was quite numerous (in relative terms) at Pwll during my final year there and it seems that it is also established in and around my current garden. 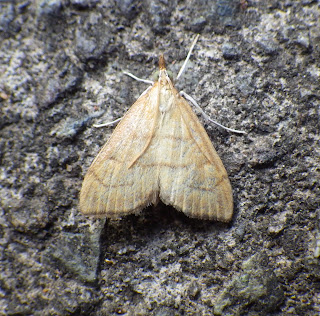 Above: Anania crocealis. I have recently been finding the caterpillars of this moth in spinnings at the tips of fleabane plants; here is the adult moth from last night`s trap. 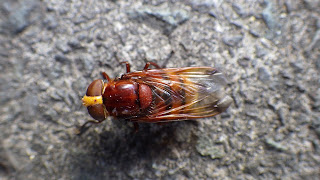 Above: and now for the flies - Volucella zonaria (the `hornet hoverfly`), a large and effective hornet mimic was in one trap. 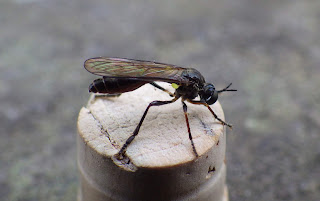 Above: the small robberfly Dioctria bauhaumeri (a female) - this is the second time that I`ve had this species recently and I also recorded it by daytime in the same garden last year. It`s quite scarce in Wales, with records mostly in the Swansea/Gower area.