All hot air but no hot migrants...

I did my last trap of my `hoped-for migrant rarity series` last night (25/7) but there was nothing to crow about this morning, mostly just a decent warm weather assemblage of residents. However, I was slightly pleased to see two migrants - singles of silver y and rush veneer, small compensation when one considers the mouth-watering migrants seen further east in southern Britain.
Of the residents, another clay triple lines was nice and marbled green numbers shot up from one on the previous night to 17 last night. As with every night of the four nights trapped this week, the different nights have brought a different mix of moths and some of last night`s newcomers are shown below. 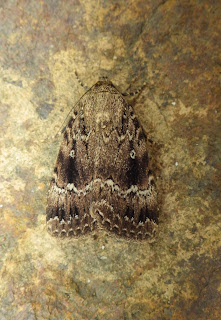 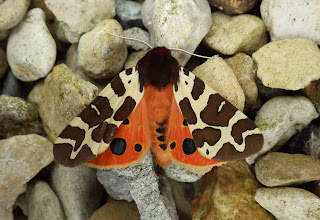 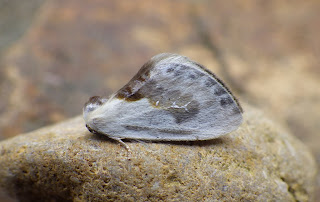 Above: Chinese character. Note the Chinese script mark in the grey central area. I`ve had it translated and it says `bird poo`.
Posted by Ian Morgan