Maenol Seized the Moment, too

In spite of the persistent drizzle I made a last-minute decision to put the MV under the eaves at the back of the bungalow last night.  Good move!  Like Steve's catch, there was a high species-to-numbers ratio: 130 moths of 46 species were recorded but three species dominated: Heart & Dart (26), and White and Buff Ermines (6 of each).  It was nice to see a Figure of Eighty, only one previous record here, and the first Double Dart and Double Line of the year.  Rusty-dot Pearl was another FFY. 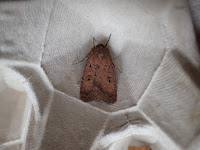 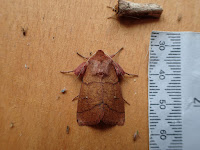 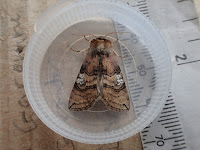 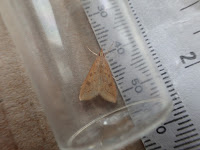 Two more micros of note were Orthotaenia undulana and a Dichrorampha sp. which I have recorded as D.acuminatana/montanana, a category I used last year when a similar moth was caught.  I hope that I've got these right! 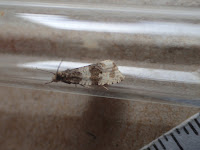 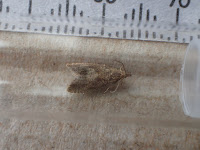