Yesterday evening came close to providing the ideal warm, dry, still conditions I have been waiting for, although when I came to close the traps down at 4.30am (following Steve's example) the wind had got up and rain threatened - it came shortly after I had put the traps under cover.

There were no surprises awaiting me in the traps, but several micros were of some interest.  My 'tiny grey jobs' of a few weeks ago have been replaced by equally small black ones, which I suspect are Elachistids as well, although I'm holding out no hope that the species would be identifiable even if I could obtain sufficiently clear images.  The best I can do are: 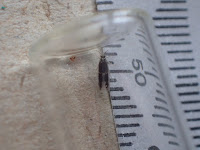 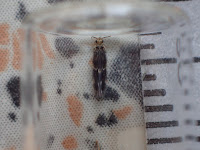 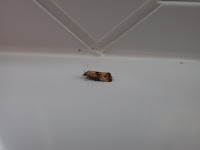 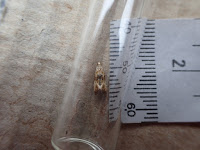 This Glyphipterix is too large for Cocksfoot Moth and has two white spots near the termen rather than one.  It seems most likely to be G.thrasonella: 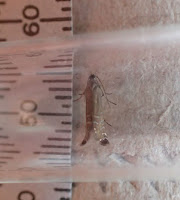 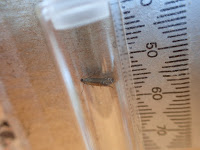 Finally, a noctuid which caused me some consternation at first until I realised that it must be a Treble Lines with an indistinct central line (one such example is shown in the Field Guide): 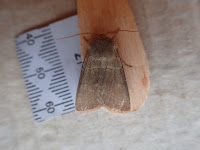 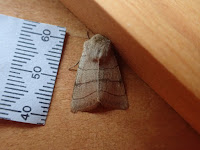