I`d told Adam (by email) that I was n`t going to trap last night (25/6) as I`d trapped the previous night. However, later yesterday evening, the conditions looked just perfect - really warm and windless, sullen and grey with black clouds in one direction...so, out went the two garden traps.
There was a decent haul this morning, though at this time of year one has to get up sometime between 4.00am and 5.00am to beat the birds. There was a distinct conifer theme to the contents, probably due to my proximity to extensive mixed woodland.
Dioryctia abietella, Lozotaeniodes formosana and tawny-barred angles were the `conifer trio` and they may be new to this particular trap site, but there was also a nice mix of others too. They included, for example, sandy carpet, Eudonia lacustrata, rivulet, miller, clay and several heart and clubs.
Unwisely, I tried to photo some of the above in situ during the dawn gloom and the photos were very `muddy` indeed - in fact, awful. I should have instead potted up the specimens, though the Dioryctia was exceptionally flighty and I lost it even after a second chance to capture. I`ve posted photos of those two species from Pwll in the past and they are available via the use of the search facility on this blog.

Nothing migratory was caught, but later this week offers better chances. 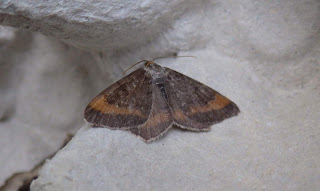 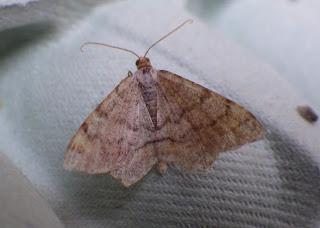 Above: two colour forms of tawny-barred angle, the first being f. nigrofulvata and the second a rather worn normal type. 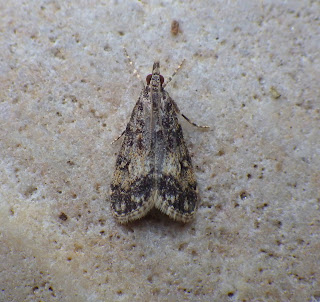 Above: Eudonia lacustrana. This and the next pic were taken later. 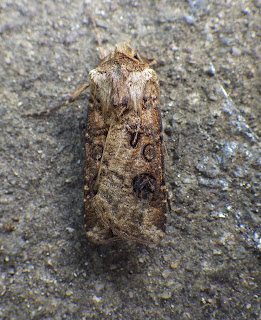 Above: recent nights have seen fairly decent numbers of heart and clubs in my traps.
Posted by Ian Morgan