Well, actually he has stolen a march on me, as you can see below, for amongst the plethora of moths in the picture below, there's a first for me, which I'm sure he will recognise: 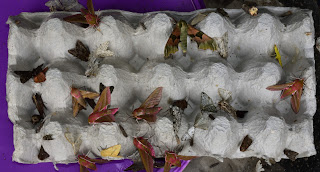 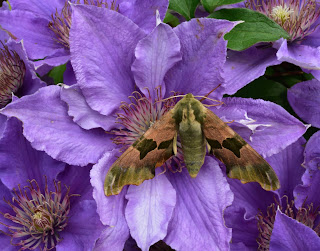 I have been slightly unwell today, so I had to cut down the amount of time that should have been spent listing and counting all the moths trapped - my final total of 309 moths included many common species that were recorded once, when it was obvious that there were several more in and around the trap. I believe that there must have been well to the north of 400 moths overall. It took until early afternoon for trapped moths to have settled sufficiently to open the trap. There were 68 species, of which 23 were FFY.


Among the 68 species, there were 42 Elephant Hawkmoths, but more notable, I think, were 7 Small E.H. First sightings this year included: Lilac Beauty, Scarlet Tiger, Dot Moth, Lobster Moth and Four-dotted Footman, along with: 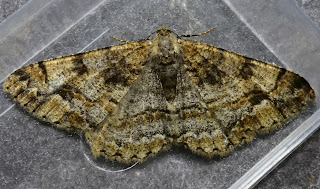 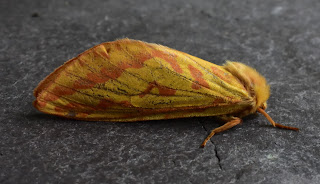 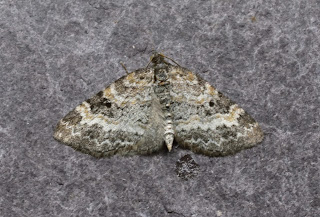 Small Seraphim
While among the micros were: 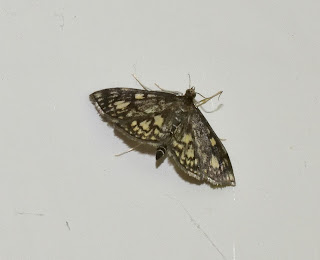 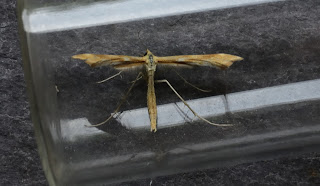