A warm, cloudy night produced my best catch of the year with a number of new micros and some species I only catch rarely. The best macro was Sand Dart, which last turned up in 2016. The breeze must have blown it from the nearby dunes. 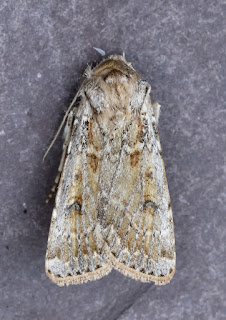 I also found a rather battered Brussels Lace, I think it's only the second in my garden. 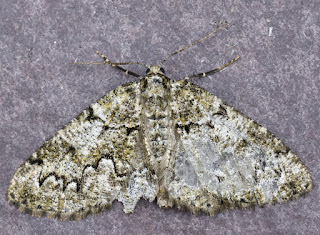 The real pleasure though was with micros - some I'd only seen once before like the verbosely named Pseudargyrotoza conwagana! Except there were two this time. 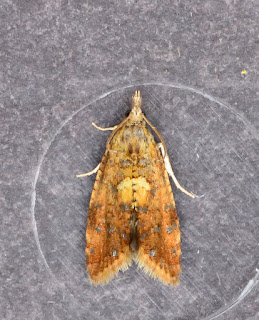 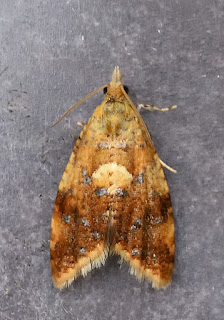 There were also several Clepsis consimilana, although they were quite camera shy. 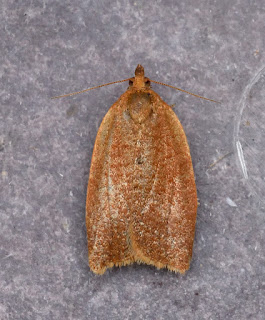 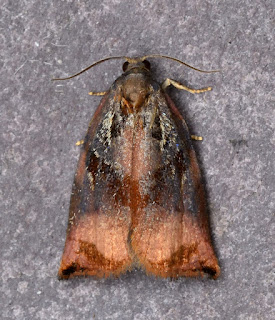 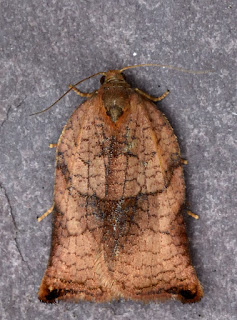 And a tiny moth, which I had never seen before - Argolamproctes micella. 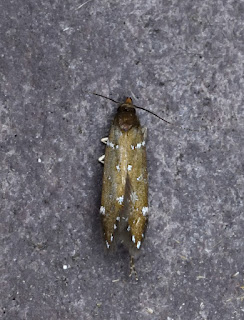