As the night-time weather has not been ideal for trapping, I`ve been doing some daytime mothing instead - leaf mining or just keeping my eyes open to see what is around. One site that I visited yesterday (21/5) is an area of dry open ground and scrub habitat next to the Loughor Estuary at Bynea. Diurnal moths seen include small yellow underwings and treble bars; my attempt to photograph the latter made difficult due their nervousness and sensitivity to the smallest movement. I nearly managed to photo one individual, but a scuttling cantharid beetle scared it off! 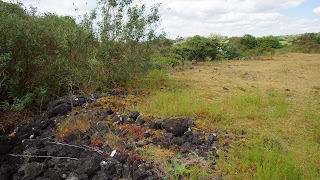 Above: a view of part of the wildlife-rich brownfield site at Bynea, Llanelli. 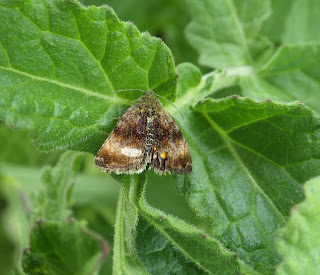 Above: small yellow underwing - one I managed to photo!

The scrub birches on part of the site held the leaf miner Eriocrania sangii, easily identified by its grey caterpillars. 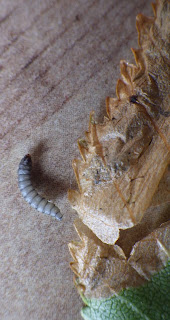 A nice surprise were two individuals of Adela cuprella, one flying near some dogwood blossom and the other resting on scurvy-grass on the upper saltmarsh! A good butterfly find was a single brown argus; its larval food-plant stork`s-bill grows at the site. 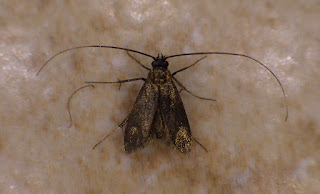 This Coleophora on hazel at Bynea may prove to be of interest (photo immediately below): 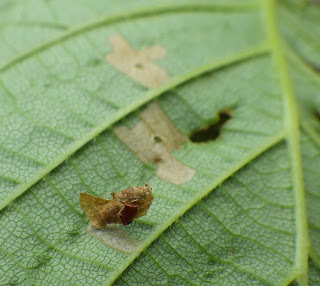 An earlier visit to Troserch Woods yielded - among other common species - Micropterix aureatella on bilberry.

Above: `stop pointing your camera at me - I`m off!` (Micropterix aureatella)

There have been quite a few sightings of brimstone butterflies around recently at several Llanelli/Burry Port localities. Yesterday evening at North Dock, Llanelli, I also had diamond-back moths in double figures, so obviously there been an influx. The weather is getting cloudier from tomorrow, so light trapping could well be productive.
Posted by Ian Morgan