Ducks, moths, mines and a bit of smut...

On the morning of Bank Holiday Monday (27/5), I visited the WWT Penclacwydd wetland centre on the coastal levels south-east of Llanelli, with the intention of looking at the extensive `Millennium Wetland` section on the eastern side of the property, thus avoiding the holiday crowds. I had not been there for some three years and it was interesting to see how much the vegetation had grown or spread.

Strolling around the area, which was mostly devoid of visitors who were viewing the wildfowl collections around the Centre, most of my time was spent looking for leaf mines and (yes) Coleophora, but some adult moths were spotted on the sheltered side of vegetation, avoiding the blustery wind. Among those moths was a single Nemophora degeerella in one of the more wooded sections, clearly demonstrating why this group are called longhorns; a photo is shown below. In another sedgy area, Glyphipterix forsterella was seen but unfortunately my photos are too blurry to post. 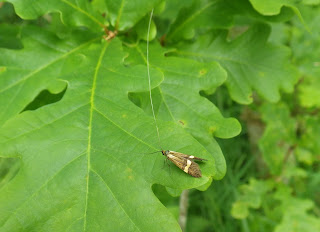 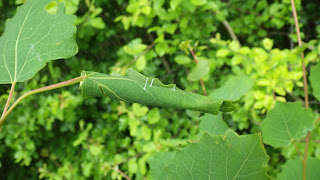 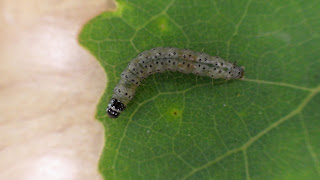 I also noticed some leaf-mines on the aspen leaves but sadly they seem to be those of a saw-fly,
Fenusella glaucopis: 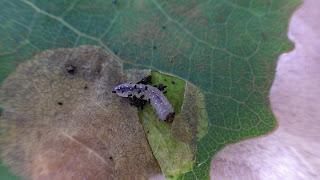 A `nest` on top of a clump of greater willow-herb interested me. As many of us know, the micro-moths of the genus Mompha are associated with willow-herbs but they are miners/borers as well as having tiny larvae. This `nest` had larger caterpillars, quite possibly of a tortricid, perhaps Celypha lacunana, but I`m not at all sure. 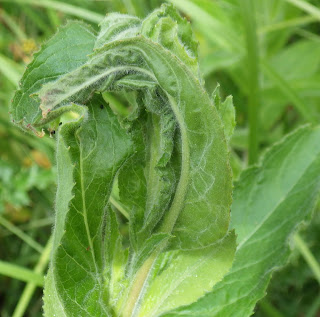 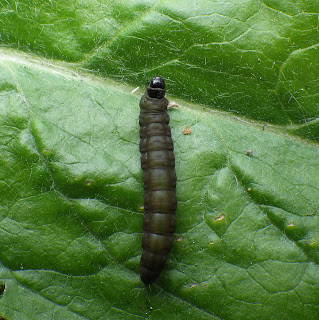 Above: any ideas anyone? - nest and (active) caterpillar on Epilobium.

Finally, if any of you were hoping for a little bit of salacious gossip under the title `smut`, you`ll be disappointed; this smut is of the fungal kind. I was pleased to find the rare smut Anthracoidea subinclusa on the seed heads of Carex riparia (which covers large areas hereabouts). It is otherwise only known from Wales by a record made by Arthur Chater at MoD Pendine. Photo below. 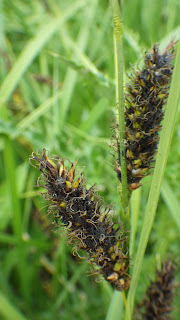