Sunday 7th April 2019. Three of them in the MV trap in the alder grove at Cwmllwyd on Sunday night - two had their pictures taken; the other one flew away! 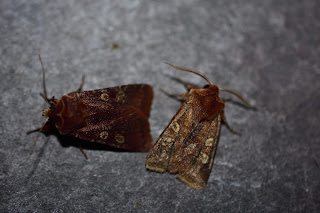 Are these migrants (five in two years), or do they breed here, I wonder?

I could not match Andy T's high count; but was happy with 171 moths of 23 species here and there were some pleasing FFYs to be seen. Just like Andy, I found 2x Streamers, along with Double-striped Pug and a Great Prominent that had suffered some damage while thrashing about in the trap. 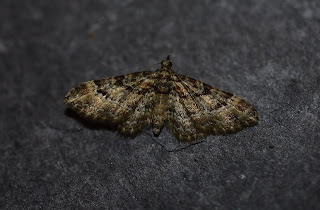 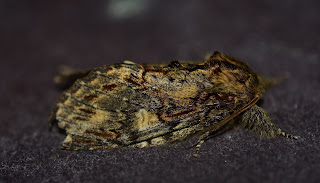 The one that got away (and was found again later)! 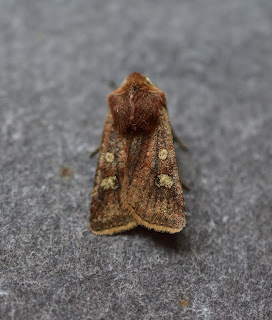