Being foolhardy enough to trap on the clear, frosty nights we've been having this week can have its rewards.  The moth whose name takes several seconds to pronounce arrived at the actinic trap last night: 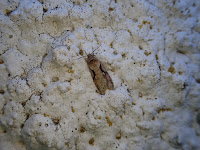 This moth has been recorded here between the end of March and early May on most years since 2010, this is the 10th record.

The only other arrival worthy of note was FFY Purple Thorn, on Tuesday night: 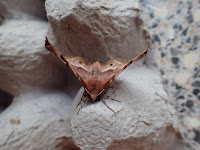 I've been in the habit of allowing captured moths to release themselves in the polytunnel.  Most of them manage to escape, but for those that don't there's plenty of food available for them just now. 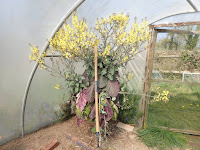