Four micro species resulted from yesterdays' trapping, two I was able to name: 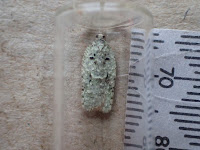 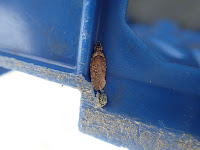 Not so the other two: 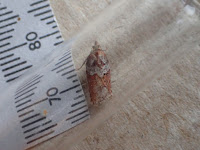 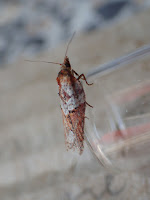 My best guess is Acleris sp., either A.maccana (hopefully) or A.hastiana (more likely, although it's on the small side). 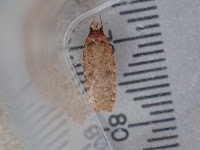 Another Agonopterix sp., not a good image but my best guess is A.yeatiana.

Any comments would be gratefully received.

I put a small actinic trap out yesterday evening but sadly the lamp expired during the night (low battery), but not before it had attracted two FFY Water Carpets and a pair of Streamers reminding me that Spring has arrived: 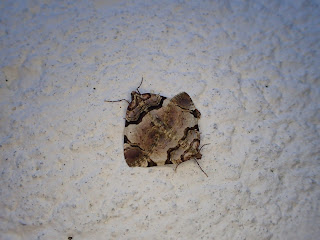