The "garden" at Cwmllwyd is a bit of a misnomer; it's really just slightly less unkempt and nearer the house than other parts of the wilderness! Somewhat surprisingly, however, although it's only about 150 metres from the alder grove it sometimes comes up with a few interesting moths that haven't been trapped there. So, if I choose to trap twice within a couple of days, I always use both sites. And that's what I did last night - Saturday 20 April.

At 05:00 this morning it was quite cold up here, which may account for the much reduced numbers of moths at the MV trap - only 106 in fact and 21 species. There were seven FFYs, though, so worthwhile, I think. These were Foxglove Pug x3, Clouded Border, Brown Silver-line and Lunar Marbled Brown x4, as well as those illustrated below: 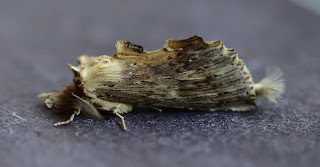 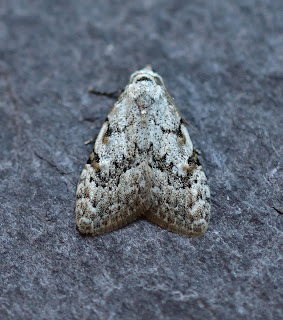 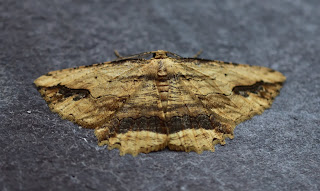 Also trapped was the fifth White-marked of the year.
Posted by Steve Clarke