The alder grove at Cwmllwyd was on form last night (Thursday 18th July), with 216 moths at the MV trap this morning. Not so diverse a collection as I had hoped, for well over two thirds of them were of just two species - 106 Brindled Beauty and 51 Hebrew Character. Even so, Frosted Green (2), Water Carpet (3), Purple Thorn (2), Pebble Prominent (1), Nut-tree Tussock (1) and Semioscopis steinkellneriana (4) were FFYs. Pick of the bunch however was a Twenty-plume Moth, which I've not seen before*; well pleased with that. {*Except, of course, for the one I photographed last June!!!} 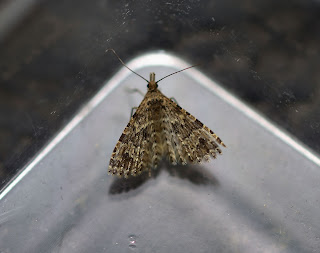 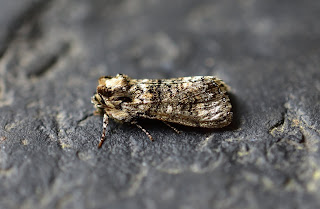