There were no migrant moths visiting my garden traps last night (27/2) though a decent selection of residents were present - a total of 16 species. An Acleris literana was nice and a least black arches clearly does n`t read the field guides as to when it should be on the wing.
I had hoped - perhaps too optimistically - to try to catch one of the immigrant moths that are still being reported (though now in much smaller numbers), but obviously failed. The weather followed the forecast - clear until midnight, cloudy thereafter and rain showers after c 5 .00 am. I retrieved one trap `pre-rain` at c 4.30 am, but left the other one out until a gap in the quite heavy showers. 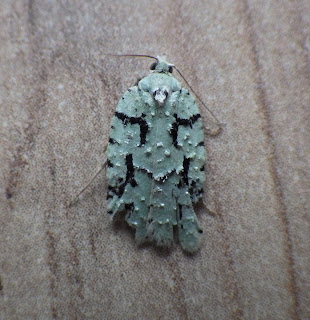 Above: a bit battered, but clearly the distinctive Acleris literana. 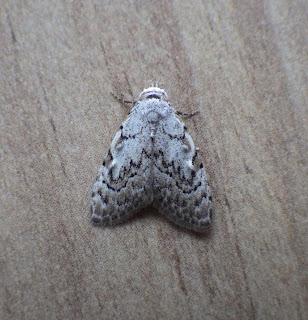